Gucci’s Debut Beauty Collection – For the bold, the bright and the beautiful 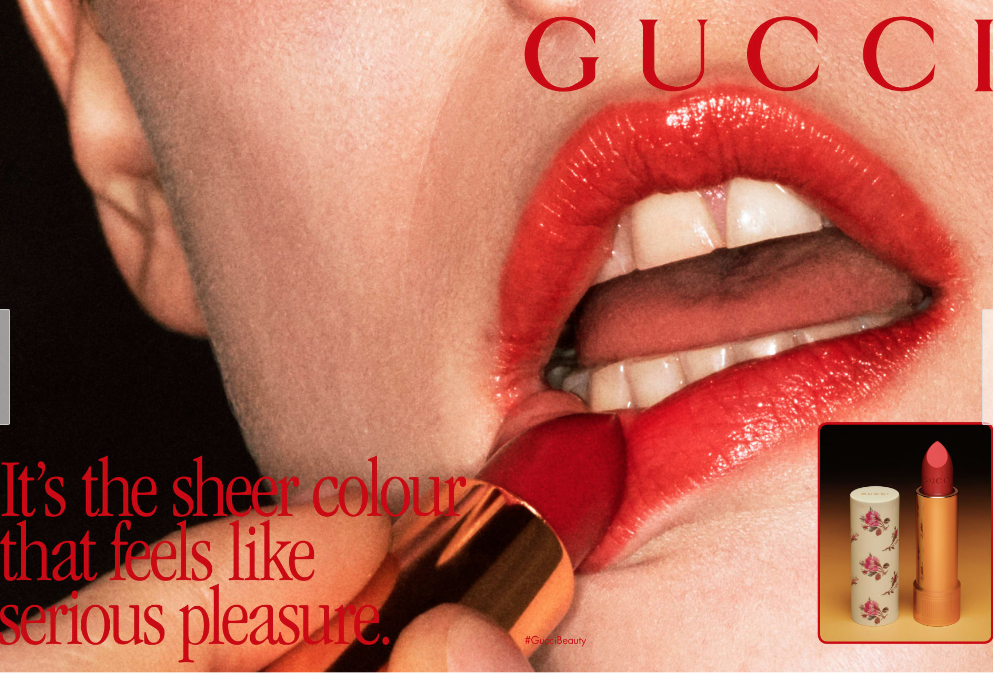 Makeup is often used by people to cover the flaws of the face, like pimples acne pigmentation’s etc. The definition of beauty has changed over the years. It is not really easy living in today’s society with a flaw or an imperfection. Similarly, when one thinks of a cosmetic campaign or advertisements, one thinks of flawless models with skinny bodies. This is has become the norm to define beauty mostly established by fashion brands. And then enters Gucci, a luxury brand which has attempted to break this said define beauty mold.

Alessandro Michele became the creative director of Gucci in 2015. He has since then relaunched the entire brand with a completely new narrative and Gucci’s beauty launch was a proof of that. He tapped the talented Thomas de Kluyver, Gucci’s Global Makeup Artist for this project.  The launched a collection of 58 lipstick shades in three categories: Rouge à Lèvres Satin (with a satin finish), Rouge à Lèvres Voile (with a sheer finish), and Baume à Lèvres (a silky smooth lip balm with a translucent finish).  He made punk star Dona Miller the leading lady for his campaign. She is shown smiling and revealing her crooked teeth while wearing the Gucci Goldie Red Lipstick. She is joined by other models. A close up of their lips wearing the newly launched lipstick smiling  with engaging imperfections is used for the advertisement campaign.

Michele launched this collection to convey the notion that makeup need not intimidating. “The idea is to create a humanized point of view, however strange, but the strangeness is human, so it’s beautiful.” It is a beautiful, compelling and a timely sentiment. Kluyver added, “I want (makeup) to be used in a positive way, and I think we’re going in a really positive direction with that”, he told Allure. Most of the lipsticks can be used on the cheeks and some of them can be used on the eyes too.

Artist Tina Barney has taken inspiration from old artistic masters to create the campaign. She has photographed five models for Gucci’s debut cosmetic range. The lipsticks have also drawn inspiration from Hollywood. They are named after some of the actresses from the golden era of Hollywood. “There is no re-touching done. I don’t want any filters. There are already too many. Beauty is power”, Michele said after the completion of the shoot. The packaging is also inspired from those times.

These lipsticks are priced at $38 a piece. They will be available on Gucci’s website from 6th May and exclusively at Saks Fifth Avenue New York Flagship nationwide and on Saks.com from 29th May. 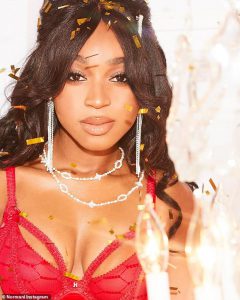 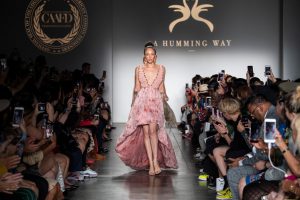 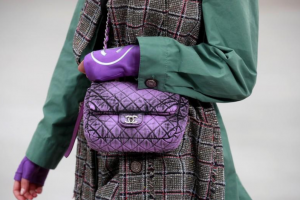 Virgine Viard: The Future of House of CHANEL